Another year and another film adaption of a Nicolas Sparks’ novel. The Choice brings the total to 11 and proves that Sparks has got the perfect love story formula down. It clearly works as The Choice is another lovely film, although not all too dissimilar to his previous stories… 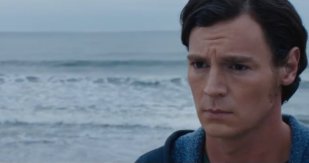 As is typical of Sparks the lead characters are country boy Travis (Benjamin Walker) and rich girl Gabby (Teresa Palmer). Their paths cross when Gabby moves next-door to Travis and it is soon clear that there are feelings between the two. However Gabby has a boyfriend, the lovely Doctor Ryan (Tom Welling), but when he goes away for a month Gabby starts to realise just how strong her feelings for Travis really are. Therein lies ‘The Choice’ as she must choose between the two men.

Though the storyline is very predictable and all a little bit cheesy, visually this film is stunning! There are some really beautiful shots of the sunset/sunrise over the lake and the majority of scenes have an orange glow about them giving off a sense of warmth and safety. Basically everything looks perfect and the location will make you very jealous that you don’t live there yourself!

The lead characters are both unknown to me but they act the parts very well. It is easy to like them and you will root for their relationship. The chemistry between the two is great which makes the attraction between them all the more believable. As with previous Sparks films (The Notebook, The Longest Ride) all the characters are incredibly good looking which just adds to the overall perfection. Of course it wouldn’t be a Sparks story without some sort of tragedy, something which affects Travis more and is acted very well by Benjamin. The supporting cast are all very good too, though again all unknown faces/names to me and the script even has some funny moments thrown in amongst the romance.

Nicolas Sparks has obviously decided that all his stories will have the same premise, so if you liked his other offerings then you will certainly like this. Overall it’s a nice film, something you don’t really have to concentrate through although it did feel like it went on for too long. The consensus amongst my friends was that the story should have ended after Gabby makes her choice between the men, instead it continues, bringing us the tragedy and about half an hour of unnecessary viewing. If you take anything away from this film it will be the longing to live wherever The Choice was set, it’s simply beautiful and the cinematographer really did do an excellent job at capturing it! Definitely one for the girls (although there were a few dutiful boyfriends in the audience!), until next time Sparks!

(If you’d like to read my review of Spark’s last film adaption The Longest Ride you can view it here: https://aileenchafer.wordpress.com/2015/06/27/the-longest-ride/ )

Based on true events, Truth follows the 2004 investigation made by CBS 60 Minutes into President George W. Bush’s military service, and the subsequent public outcry that cost anchor Dan Rather (Robert Redford) and producer Mary Mapes (Cate Blanchett) their careers. The film is split into two parts, the initial journalist investigation and gathering of evidence (which takes up the majority of the film and is probably the most exciting aspect) and the after-effect once the programme has been aired. For it turns out that the main piece of evidence against Bush could have been faked, leading to an internal investigation into why the programme was aired without proper facts.

Having no background knowledge about this event I thought that the outcome of the film would be whether or not Bush did in fact avoid fighting in Vietnam, instead this is shafted to focus on the journalists and their fight to stand by what they believe. This is ultimately what happened in real life but personally I would have liked to see that enquiry answered in the film!

Cate Blanchett leads the film as producer Mary Mapes, it is down to Mary that the investigation begins at all and it is ultimately her decision what is put into the programme. Cate excels in these roles, portraying Mary to be tough, professional and passionate when it comes to work but there are also scenes with her husband and son that give off a caring, nurturing side to her. It is easy to feel for Mary – especially when snippets of her childhood are revealed – and she is very much the victim of the film. As we are shown the process in which 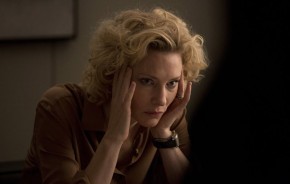 each piece of evidence was gained, it means we can understand her reasoning better than the people she is subsequently fighting against in order to keep her career. Cate is the stand-out of the film, portraying Mary perfectly, but it did annoy me that her forehead never really seemed to move!

Alongside Cate were the likes of Robert Redford, Topher Grace, Dennis Quaid, Elizabeth Moss and Dermot Mulroney. All key players in the investigation but side characters to Cate’s Mary. Elizabeth Moss plays a very similar role to Peggy from Mad Men but unfortunately, like the others, doesn’t get much screen-time. I also spent a good portion of the film trying to work out where I knew Dermot Mulroney from! (Friends and New Girl in case you were wondering!). The chemistry between all the characters is very believable though and you can connect to all of them individually. It’s a strong cast but it’s still very much the Cate Blanchett show.

Although the film is very well acted, I found myself getting a little bored by the end. This might be because I’m British and so have no real connection to the storyline, but after the excitement of finding evidence against Bush, the aftermath is tedious in comparison. Also, at just over two hours long, Truth is quite hard-going! There are brief moments of humour between the characters but by the end it’s all a bit doom and gloom. Overall, it’s a good film, but it’ll probably resonate more with Americans.

Strangely this film had no promotion over here (none that I am aware of anyway), and we chose to see it purely because we didn’t fancy any of the other films available. None of us had any idea of the storyline but upon finding out that Julia Roberts, Nicole Kidman and Chiwetel Ejiofor (Twelve Years a Slave) were all involved we were very interested in seeing it. Secret in Their Eyes is a thriller split into two parts, the present day and 13 years previous. Both these parts are interlinked so you are constantly flicking back and forth making the storyline gripping as it slowly reveals the whole truth. The three lead characters Ray (Chiwetel), Claire (Nicole) and Jessica (Julia) are all police investigators that had been a close-knit group until the murder of Jessica’s daughter. The following investigation into the killer reveals a darker truth that

ultimately lets him walk free. This leads us into the present day where Ray has returned back to city with the belief that he has finally found
the killer and a new chase begins.
Classed as a mystery thriller, Secret in Their Eyes is certainly that. It’s not so much of a thriller that you have to sleep with the light on (as I have had to do on a few occasions!) but the twists and turns of the mystery keep the mood tense and the audience gripped throughout. However the ending  definitely leaves you with chills and is one hell of a plot twist!

The acting is of course superb throughout but then you wouldn’t expect anything less from acting greats such as Nicole Kidman and Julia Roberts. Chiwetel Ejiofor leads the investigation and is completely believable in 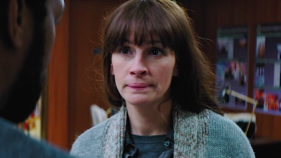 his quest to find the truth. It becomes clear that he is willing to do anything in order to help his friend deal with her loss and to ensure the killer gets what he deserves. Chiwetel shone in Twelve Years a Slave and it’s fair to say he does the same here. Julia is the stand out of the film though, her performance as the aggrieved mother is very powerful and for me it’s a role I haven’t seen her in before. Here, Julia is made to be scruffy and haggard as she slowly comes to turns with the loss of her daughter, and I’m more used to the Pretty Woman type characters! Julia’s acting abilities really come out in this film, in particular the scene in which she finds the body is extremely emotional for all involved and is some incredible acting by Julia. 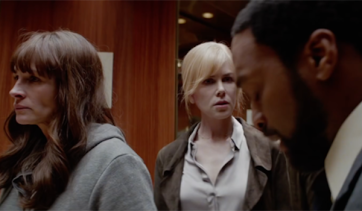 Overall I really enjoyed Secret in Their Eyes and am very surprised at the lack of promotion it has received.  Nicole, Julia and Chiwetel are all fantastic throughout and the seamless transitions between the two time-frames make for a very thrilling watch. The storyline isn’t predictable at all and like I said before the ending is something you will not see coming! This is definitely a film that deserved more backing, it’s absolutely a film that I would recommend you see!