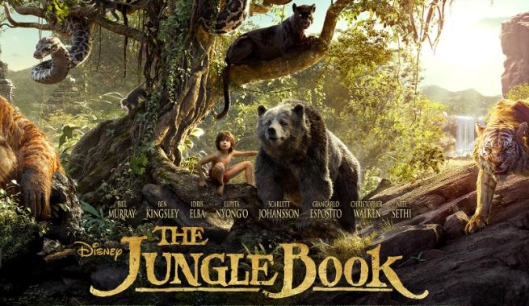 Everyone is familiar with The Jungle Book whether it’s from the children’s storybook or the previous film adaptions. This version is the first live-action animation wherein the character of Mowgli is played by newcomer Neel Sethi and the animals are all special effects (but voiced by some big names!), it’s also directed by Jon Favreau (who will always be Pete from Friends to me!). There was a huge build-up to the release of the film and rave reviews once it was out, therefore it’s not surprising that I was intrigued. Though as a Disney fan I was slightly worried that it wouldn’t live up to the origi

nal. However, this version of The Jungle Book is so visually different to the 1967 animation that we all know and love that personally I don’t think you can compare them at all but instead view them as separate entities.

I won’t explain the storyline as everyone knows The Jungle Book (and if you don’t then what were you doing as a child?!) but I will just say that the storyline is the same, nothing has been changed in this latest adaption. However the way it has been told here makes it seem a little darker, adding to the tension and drama and making it a more grown up telling of a children’s classic.

The casting is spot on, Bill Murray as Baloo is exceptional, he’s really funny and endearing, and Idris Elba’s voice just demands respect and fear as Shere Khan. They join the voices of Ben Kingsley (Bagheera), Lupita Nyong’o (Raksha), Scarlett Johansson (Kaa) and 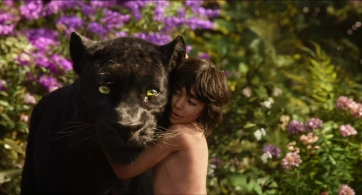 Christopher Walken (King Louie). All of which are fantastic in their roles and match the characters perfectly. Christopher Walken even surprises with a very good rendition of ‘I Wan’na Be Like You‘ for yes there are two songs included from the original (The Bare Necessities being the second), though both are only snippets and are nothing like the big musical performances we know. Surprisingly they also fit in well with the darker feel to the film and don’t change the tone in anyway.

Visually this version of The Jungle Book is completely stunning, everything is done through special effects as the entire film was shot in a warehouse in LA, but I didn’t find that out until just before writing this, firmly believing that a lot was shot on location in a jungle somewhere! The quality of the special effects shows just how far the animation industry has come, everything from the jungle setting to the various animal movements is so convincing and so life-like! The credits in particular are incredible so make sure you stay to watch them! 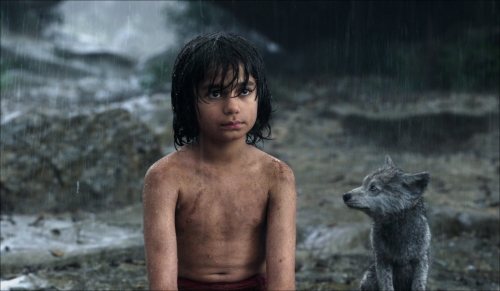 Newcomer Neel Sethi (who is only 12 years old!) is very good as Mowgli, it’s a big role to undertake by yourself (for there are no other human character in which to interact with in the film) but he gives a convincing portrayal of a much loved character. I’m sure this won’t be the last we see of young Neel.

Overall, this is definitely one of the must-see films of the year and not just for Disney fans for it’s a far cry from the original. There’s been a huge fixation with creating live-action films of classic animation recently (with The BFG out later this year and Beauty and the Beast next year) but if they are anything like the standard of The Jungle Book then I can’t wait!