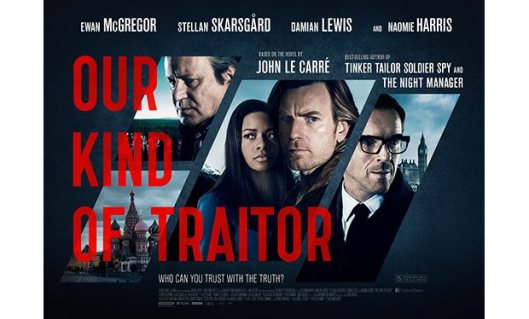 Our Kind of Traitor follows husband and wife, Perry (Ewan McGregor) a University Lecturer, and Gail (Naomie Harris) a Barrister. When a holiday in Morocco leads to a meeting with Dima (Stellan Skarsgard) – a long-serving member of the Russian Mafia – they find themselves unexpectedly becoming part of Dima’s plan to get himself and his family out of Russia and away from the new ‘Prince’ who wants them dead. Soon the British Intelligence services are involved, headed by Hector (Damian Lewis), who agrees to help Dima if he gives them important information regarding the Russian Mafia and their plans to bring corruption into the heart of London.

Although classified as a thriller and rated 15, personally I thought it was quite tame compared to other thrillers, there was certainly no gory violence or incredibly tense moments so I think 12A would have been more suitable. 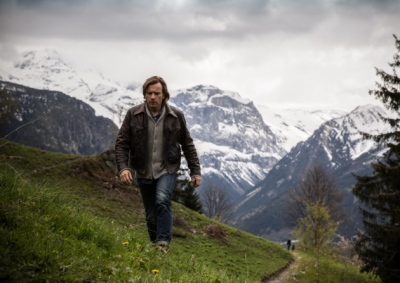 That doesn’t mean that the film wasn’t good though, I enjoyed it very much! The settings in particular are incredible, there are some stunning views of Morocco, Bern (Capital of Switzerland, for those who like me didn’t have a clue where that was!) and the French Alps, making me want to go there immediately!

The storyline is very effective, an ordinary couple accidentally being dragged into a world of espionage and treachery, with a man’s love for his family being at the forefront, all lead to an engaging and heartfelt watch. The only thing that slightly annoyed me was the clear hint into marriage trouble between Perry and Gail that is never really followed up or explained. Also, it takes a little while for the action to get going and for you to fully understand who the bad guys are but I guess that just adds to the drama.

Ewan McGregor is very good as Perry, he is an honest and caring person who finds himself unable to say no to Dima when he first asks for help, but then continues to help him and his family even when it becomes clear how dangerous the situation is. Ewan makes the character very likeable and highly believable. You are instantly drawn to him – and not just because of his lovely floppy hair! His chemistry with Naomie is also very good, it is clear they are in love although like I said there is a hint of a problem within the marriage. Naomie has a gentleness about her which makes you like her immediately, her character Gail is used to being in charge thanks to her profession as a Barrister, but here she is thrown into an entirely different situation and a vulnerability is released.

Stellan Skarsgard is a brilliant actor, and though he has a Russian accent in this, 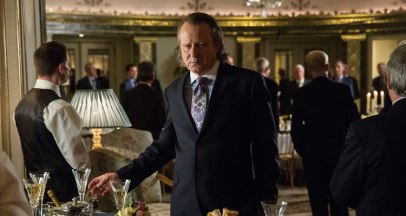 it’s still clear that his acting talent is only getting better. He brings moments of humour, love, fear and action and excels in all. Once you get over his character’s dodgy hair and tattoos it’s clear that Dima is desperate to save the lives of his wife and children and get out of the Mafia, something which makes him very endearing. His total faith in Perry actually helping him also shows just how desperate he is, for there are spies everywhere and one false move could result in death.

Damian Lewis is great as Hector, 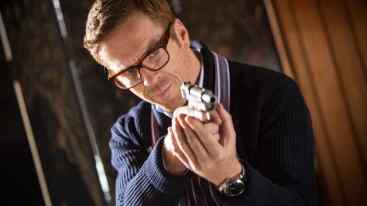 the man in charge of the operation from the British Intelligence side. He is determined to bring the Mafia down before London is affected, even going against his boss’ wishes and continuing with the operation with only two men by his side. He is gambling with everyone’s lives but as the threat against Dima’s family grows it’s clear that Hector, with the extra help from Perry and Gail, will try everything in order to help them.

Overall, Our Kind of Traitor is a good film, it’s definitely not much of a thriller, but there are plenty of twists and turns throughout the story as well as a few tense moments as the action ramps up. Also the ending was unexpected which stopped it from being predictable. Not a film I would have originally chosen to see, but I am glad I did as it’s another example of brilliant British film-making!