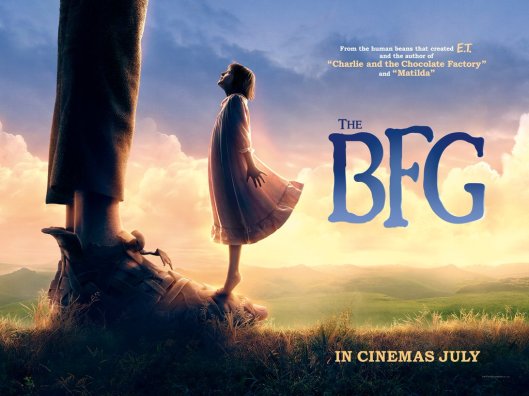 The BFG is an absolute classic story from everyone’s favourite childhood author, Roald Dahl. The story has already been made into a film – in the form of the 1989 animation – but this remake is a life action animation directed by the legendary Stephen Spielberg. The BFG, both the book and the original film, were favourites of mine as a child and even though I am now 24 I was still excited to see this latest offering! 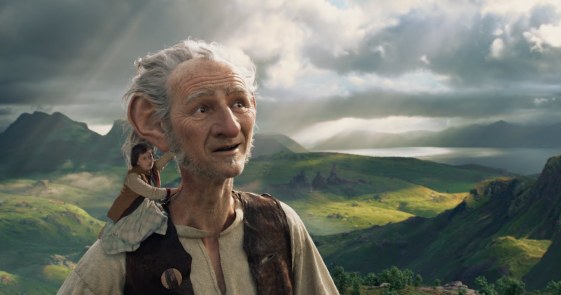 Just in case there’s anyone out there who doesn’t know the story (and I really hope there isn’t anyone!!) The BFG follows the tale of a young orphan called Sophie (played by newcomer Ruby Barnhill) who one night encounters a giant (Mark Rylance) most unlike any other giants as this one refuses to eat little children like the others and instead conjures up dreams for them to enjoy as they sleep. Due to his kind nature Sophie names him The Big Friendly Giant aka BFG, and together they come up with a plan to stop the other giants from their child snatching. It’s a simple and sweet tale and doesn’t require much concentration, making it a perfect family film.

Mark Rylance, who won an Oscar this year for Best Supporting Actor in Bridge of Spies, is wonderful in his role as the BFG. Even though it’s only his face and voice that are really in the film – the rest of his character being animated – 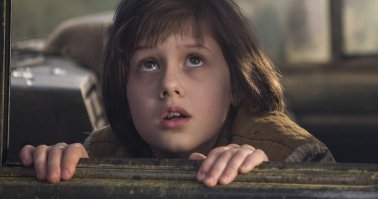 he still manages to pull off the role perfectly. He is exactly how the BFG should be played as his various facial expressions and emotions instantly make you fall in love with this iconic character. Newcomer Ruby Barnhill does a fine job considering she is only 12 years old, though she did tend to overact a little which got a tad annoying towards the end. The cast also includes the lovely Penelope Wilton as Queen Elizabeth. Penelope is probably best known as Isabel Crawley in Downton Abbey, and was actually knighted this year for her services to drama. She does a great portrayal of our Queen, though she’s not in it for too long which is a shame.

The animation throughout is fantastic. We saw it in 3D and it’s amazing how far technology has advanced in film. Everything from the giants to the magical settings all looked incredibly real making for a very believable watch. I’ve often avoided paying extra to see films in 3D as there was never much difference before – having the occasional object fly at you isn’t worth the extra money! – but now the whole film from start to finish has an 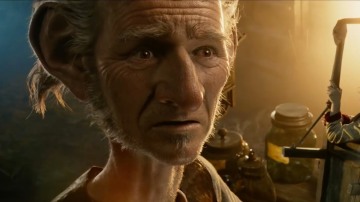 extra quality to it. I shall definitely be up for more 3D films! (Though I will need to keep remembering my 3D glasses as I’m not paying £1 for another pair when I’ve got loads stacking up at home!!).
Overall, this latest offering of The BFG is a lovely family film. There was a wide mix of ages in the cinema with us, but at times I did feel like I would have enjoyed it more if I was still a child. The majority of the humour is very much aimed at children, but then it is a children’s story so that was to be expected really! Slightly disappointingly though, I felt that at nearly 2 hours the film was far too long. It seemed to take quite a bit of time for the story to really get going. A lot of time was spent on Sophie meeting the BFG so when the action eventually starts and they begin their plan to get rid of the other giants, I found I was losing focus and interest. This doesn’t stop it from being a very good adaption, it just would have been better if it wasn’t quite so long! Definitely a must see for children, but adults be warned it’s not as amazing as you might hope it to be.