The world has been patiently waiting for the release of Christopher Nolan’s Dunkirk – his first movie based on a historical event – and finally it is out, with a range of exceptional reviews to follow. I don’t think we were ever taught about what happened at Dunkirk, but the events are still well known anyway. Here Nolan takes us right into the action that occurred over the course of a week when thousands of British soldiers were trying to get back home. Nolan cleverly splits the action between three places, the land, the sea and the air and each place runs on a different time scale. The action on the land takes place over the course of a week, the sea a day, and the air an hour. We are taken to and from each setting and get to see how the three connect to each other. Dunkirk is filled with characters and yet Nolan doesn’t give us any background information to them – with the majority we don’t even learn their names – however this just highlights the action taking

place and is true to real life, because in reality none of these men would have stopped to have a chat, their focus was solely their own survival.

Visually this film is superb, particularly the scenes in the air when the spitfires are flying around. We are shown wide angle views of the planes chasing each other as well as camera views from inside the planes themselves. Some of these shots really are spectacular and I would love to know how they filmed them. Equally the scenes on land and at sea are also brilliantly done, the aerial shots of the thousands of men lining up on the beach of Dunkirk waiting to be picked up really brings home the realities of how many men were involved in what was a relentless attack. What 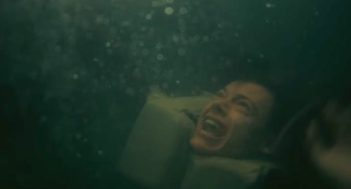 makes this film so good is the fact that Nolan doesn’t concentrate on showing us shots of men being killed, the focus is on the men’s continuous desperation to stay alive and get themselves home. This decision stops the film from being overly gory but that doesn’t mean that the thousands of deaths that occurred aren’t touched upon, because it is still very much shown. As well as wide shots there are plenty of close-ups, particularly on the faces of the soldiers. There are also some harrowing shots underwater as the men struggle to survive yet another attack from the enemy. 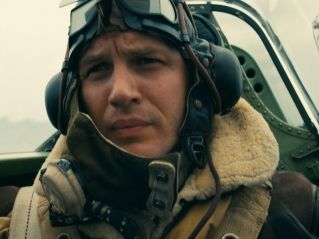 Hans Zimmer brings the soundtrack, and my goodness what a soundtrack! This film is carried by the continuous score that Hans brings. It is relentless much like the attacks the men faced over and over again. The tension throughout the film is heightened by the score and together it creates a dramatic watch from start to finish.

Dunkirk is full of well known names and faces, and even though we are told little about each of their characters we are still drawn to each man and feel every emotion that they go through. There is no real main character but the one we follow the most is played by Fionn Whitehead in his first major film. He has very few lines but he is brilliant at showing us the exhaustion and desperation that he feels, as does Aneurin Barnard (War & Peace, Cilla) another soldier – with even less dialogue.

The two meet on the beach at Dunkirk and are drawn together, tackling the following challenges by each other’s sides. Later they are joined by a third soldier played by Harry Styles (yes the lad from One Direction) and who is surprisingly not a bad actor. Harry has more lines than I thought he would but if the rumours are true, Nolan had no idea who he was when he was cast so his role has nothing to do with the fact he was in one of the biggest boy bands of all time. A lot of attention was drawn towards the film purely because of Harry’s casting but if that means that more youngsters go and see the film then it’s good as they should be learning about what those poor soldiers went through.

Up in the air we have Tom Hardy (Inception, Mad Max, Peaky Blinders) and Jack Lowden (War & Peace) as 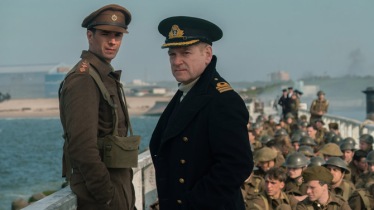 fighter pilots. Tom Hardy spends the entire film in his spitfire so unfortunately we don’t get to see much of his lovely face. On the sea there is Oscar winning Mark Rylance (BFG, The Bridge of Spies) who plays Mr Dawson – the only character we really learn anything about. Alongside his son Peter (Tom Glynn-Carney) and Peter’s friend George (Barry Keoghan) the three take their boat and sail to Dunkirk to help rescue the soldiers. Along the way they pick up a stranded and shell-shocked soldier played by Cillian Murphy (Inception, Peaky Blinders). Their journey shows us how the home front were just as determined to help the war effort, risking their lives to save the men fighting for their country. The final big name is Kenneth Branagh (Wallander, and Director of Cinderella), as Commander Bolton who oversaw the evacuation of the soldiers from the beach. Every character is well acted and this includes the hundreds of extras used to portray the soldiers. You really feel a connection to these men and spend the entire film willing for their survival.

Overall, Dunkirk is most definitely a must-see. It’s not an easy watch due to the nature of the narrative; and the constant tension as each narrow escape from death is faced with yet another, means you don’t fully relax until the end! However Christopher Nolan has managed to pull off a film both visually and emotionally gripping. It really is an epic film and I’d recommend you see it on the biggest screen possible to fully appreciate the cinematography and visual effects. Definitely one I’ll be watching again, and hopefully it will be used in schools to teach future generations about the horrors that unfolded during that week. Dunkirk will certainly stay on your mind for a while after watching it and it brings a powerful sense of respect towards the soldiers as well as the home front who all ultimately just want to get those men home to safety.