I, Tonya follows the true story of Tonya Harding (Margot Robbie, Suicide Squad, The Legend of Tarzan), the competitive ice skater who rises amongst the ranks at the US Figure Skating Championship. From Portland, Oregon, Tonya doesn’t have the class or grace wanted by the skating community and therefore faces a lot of restriction growing up even though she is by far the best skater. Despite ultimately garnering some success in figure skating: being national champion, a world championship medallist, an 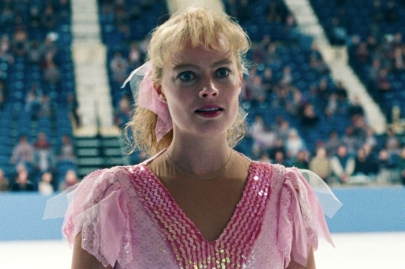 Olympian, and being the first American woman to complete a Triple Axel in competition – a very hard move to accomplish – she is arguably best known for her association to “the incident”: the leg bashing on January 6th 1994 of her competitor, Nancy Kerrigan. Nancy, unlike Tonya, was everything that the figure skating community wanted in their representatives. Her association to that incident led to Tonya being banned from competitive figure skating for life. I, Tonya takes us through Tonya’s life – her introduction to skating to her rise to an Olympian and her ultimate downfall as her only passion in life is taken away from her. Based off interviews and testimonies from the Kerrigan scandal, director Craig Gillespie recreates some iconic real life moments and merges the acting with interview style scenes to create a mockumentary style of film. Nominated for three Oscars (Best Actress – Margot Robbie, Best Supporting Actress – Allison Janney, and Best Editing) and with Allison Janney already winning a Golden Globe and a BAFTA for her role, I, Tonya has become one of the favourites of the awards season.

Margot Robbie is fast becoming the actress of the moment and her portrayal of Tonya Harding only cements that. Margot seamlessly moves from acting with others to talking

into the camera – something director Craig slots in for all his characters throughout the film. She shows us Tonya from the age of 15 through to 23 when the incident took place, and again in her 40s when she talks us through the key moments in her life. Margot shows us this tough girl who isn’t afraid to stand up for herself when it comes to the judges marking her down due to her class, but also someone who just wants someone to love her. She is shown going from an abusive relationship with her mother to an abusive relationship with her husband. Margot works brilliantly alongside Allison Janney (The West Wing, Mom), there are some fantastic scenes between the two of them and Allison shows why she has rightly won her awards so far as she portrays the hard-faced mother who believes she is only doing the best for her daughter. She explains in an interview with a parrot on her shoulder – taken from 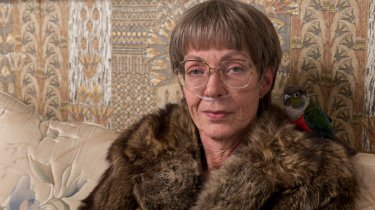 real life! – that Tonya only achieved when she had someone telling her she couldn’t do it, therefore she took it upon herself to talk down to her daughter, and even paid someone to shout abuse at Tonya before a big competition.

It’s no surprise that Tonya is desperate to leave home, and so moves in with her then boyfriend Jeff (Sebastian Stan, Captain America, The Martian) but their relationship soon turns abusive but as Tonya explains to us, her mother loves her and is abusive so Jeff must love her too. Sebastian is great as Jeff, a man who is besotted with his wife but can’t handle his emotions. The two have a rocky marriage and it is Jeff’s desperation to keep Tonya that the idea for “the incident” occurs. The plan was to send death threats to Kerrigan to put her off her game, but somewhere along the line paths were crossed and Kerrigan was subjected to her knee being bashed in. Tonya and Jeff denied all knowledge, and we see Jeff becoming more and more desperate as he tries to hide the fact he was involved at all. Sebastian and Margot are great together throughout,

and as Tonya’s life starts to unravel, Margot gives us an emotional performance ensuring that we feel every bit of her pain as she is told she can never skate professionally again.

Visually I, Tonya is fantastic! As a film about ice skating there is rightly a lot of skating involved, I don’t know how much of it Margot actually does but there are only a couple of moments when you can tell it’s not her skating (getting Margot’s face CGI’d onto a spinning ice skater is understandably tricky so we’ll forgive them for that!). The decision to split between interview style scenes and the drama keeps the film light and entertaining – though “the incident” is rightly taken seriously – there are a lot of humour moments too, mainly from Allison Janney and her portrayal as LaVona. The film ends with clips from the interviews used for inspiration as well as a video of Tonya Harding herself performing one of her routines, reminding you that though the events may seem far-fetched it all actually happened!

Overall, I was very surprised at how good of a film I, Tonya is. I’d seen the trailer a few times and thought it looked interesting, but being too young I don’t recall any of the events it tells, so I mainly went because I love Margot and Allison as actresses and because it has received a lot of hype these past few weeks. I would really recommend it, you don’t have to have an interest in ice skating to enjoy it, the way the whole film has been put together in a mockumentary style means that it is very different to other films out at the moment and makes a nice change from the usual biographies made. It also stops the film from being heavy-going but does it in a way that you still understand the subject matter is being taken seriously. All the cast involved do a fantastic job, creating a very enjoyable film!