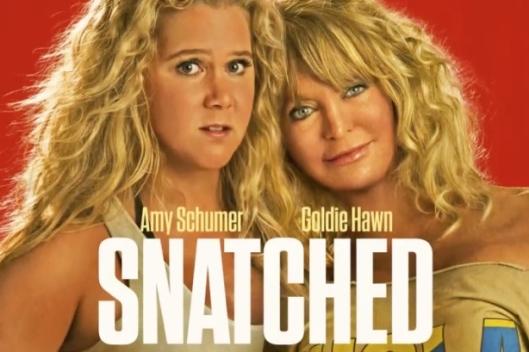 After the success of her first film, Trainwreck, American comedian, actress and producer Amy Schumer is back with another comedy film – this time with the legend that is Goldie Hawn. The two play mother and daughter Linda and Emily, who have very different attitudes towards life, Emily is carefree and a dreamer whereas Linda is ultra-cautious and spends the majority of her life at home with her two cats and grown up son Jeffrey (Ike Barinholtz). After Emily’s 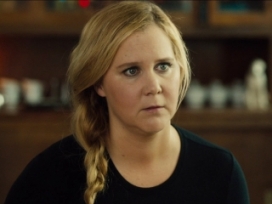 boyfriend dumps her days before their (non-refundable) exotic trip to Ecuador, she is saddened to realise her only available companion is her mother. However she is determined to go and so convinces Linda to leave behind her safe life and journey with Emily to paradise. Unfortunately it’s not long before Emily is charmed by James (Tom Bateman), who is not who he seems, and Linda and Emily find themselves ‘snatched’ by the local baddie’s and must find a way back to safety.

Amy Schumer brings us a character that is instantly likeable, Emily does and says things that all girls certainly think about but don’t always have the courage to do – which is all part of Amy’s humour and why she’s so popular with women the world over. Goldie Hawn is perfect as Emily’s mother, Linda is desperate for some proper contact from Emily (avidly following her every post on social media) and their predicament on 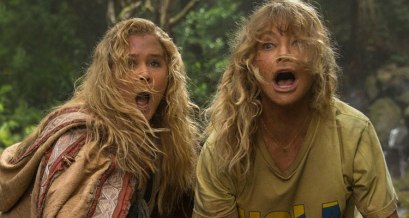 holiday means that the two are forced to face up to their differences and start working together again. Underneath all the on-going action there is a lovely story arc that sees a mother and daughter reconnecting. Amy and Goldie work perfectly together, you can really believe the mother/daughter connection. They bring both humour and emotion and really bounce off each other both on screen and off – judging from the promotional tour – which makes the film really natural and easy to watch.

The supporting cast includes the familiar faces of Ike Barinholtz (Suicide Squad), Wanda Sykes (Bad Moms), Joan Cusack (Toy Story) and Tom Bateman (Cold Feet). Wanda and Joan in particular bring a lot of laughs as two fellow holiday goers who attach themselves to Linda and Emily. Tom Bateman is unfortunately one of the baddies which is slightly annoying as he’s the only bit of eye candy in the film and he’s not even in it that much! 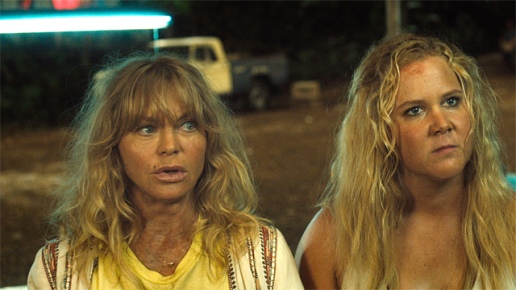 Overall, Snatched is a simple action comedy film that is exactly what’s needed to just let your mind relax. The story line is a great mix of humour, emotion and action, so there’s something for everyone. Amy really has a knack for writing scripts that hit on real life, her comedy is relate-able and although a lot of it is sexually linked she never lets it become too crude, always allowing just the right amount to shock but not disgust the audience. There are some great comedic moments throughout, and some genuine laughs were had. It’s probably more of a girls film, but there is plenty of action to keep the guys interested and at 90 minutes it’s just the right length to keep you connected for the duration.